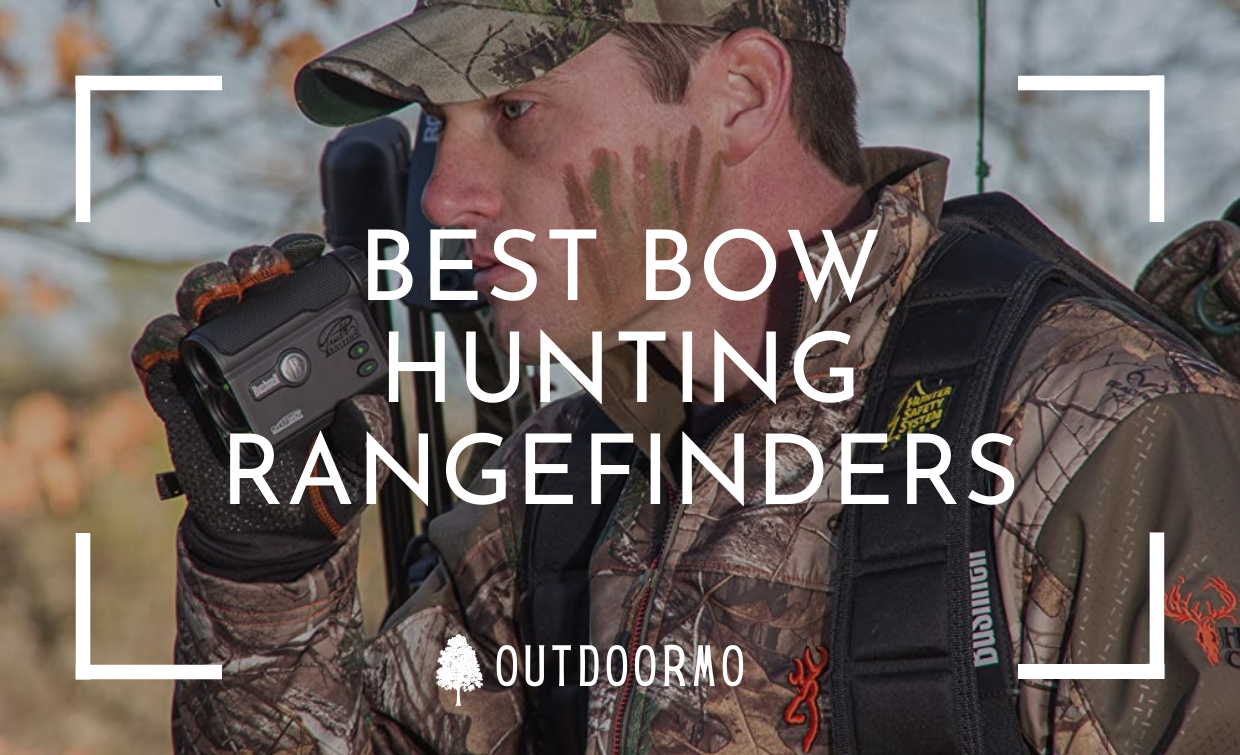 Even the most gifted hunter out there would want to have the best bow Hunting rangefinder at his disposal. Accurately estimating the distance to the target can make or unmake a shot. With the bow Hunting rangefinder, you can increase the chances of hitting your target.
There aren’t a lot of bow rangefinders in the market. There are only a handful of brands that you can trust.

But don’t let budget be the only factor to consider in shopping for a rangefinder. Consider other factors, too, such as ease of use, range, light gathering capability, and durability, among others.

I’ve picked five of the best bow hunting rangefinders in the market that you can choose from.

*The product links in this post are affiliate links, which means that if you purchase after following one, I make a small commission from the sale at no additional cost to yourself. Please see our disclosure page for more information. 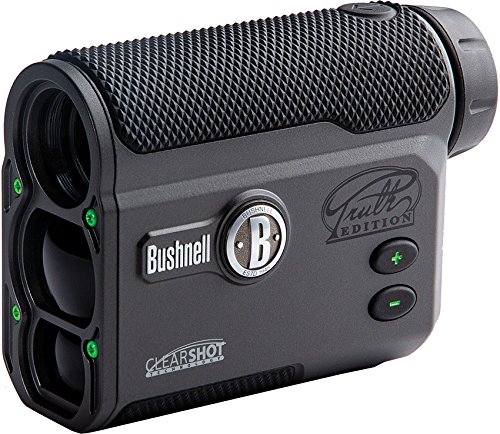 For some reviewers on Amazon.com, this is the best bow rangefinder model today.

It’s accurate, easy to use, with a solid range of 850 yards, and HD quality clarity. And it’s not as expensive as other Bushnell rangefinders.

The range of this rangefinder is from 7 to 850 yards. Most of the reviews I have read indicate that its accuracy is spot on. Many satisfied reviewers say they don’t have to take multiple readings with this one. Simply put, it works.

A lot of satisfied users also say that this rangefinder is very easy to use. There’s a single mode button that you will have to press for changing modes.

Then there are other buttons that you have to push to zoom in and out on a target. Most reviewers say that it doesn’t take a lot of effort to push the buttons. They also like the placement of the buttons.

But the main concern about this rangefinder is the difficulty in setting up, which requires calibrating its shot system. The consensus is that setting up the rangefinder can be overwhelming especially for beginners.

This rangefinder is powered by a CR2 battery, which comes in the package. According to most reviews, this battery can last for a long time.

The Clear Shot feature is undoubtedly the main selling point of this rangefinder. With it, there’s no chance you would miss a shot due to an arrow clipping a tree branch, or hitting other obstructions.

However, some users are disappointed that this rangefinder is not fog-proof. 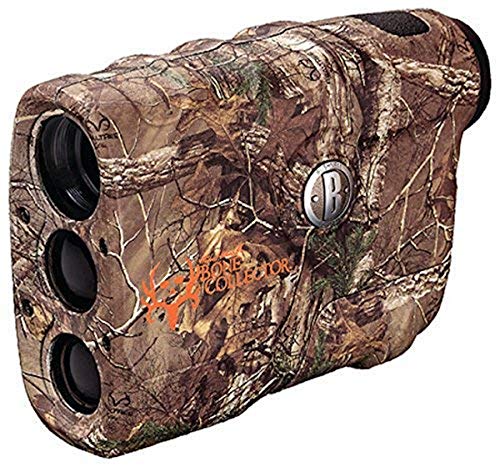 Bushnell is one of those few trusted brands of rangefinders, and this model shows you why. It is not cheap, yes, but it is worth all the extra money you will be spending on it.

Let’s just say that this is one of, if not the best, bow hunting rangefinder models today.

From a distance, this laser rangefinder looks like an impressive piece of equipment. You might even think that it is bulky and heavy. But the surprising thing is that it weighs less than 10 ounces. It won’t add extra baggage to your bag at all.

With its vertical operation, this laser rangefinder allows for an easy and one-handed operation. Using it is very straightforward.

You simply aim at your target, and once you are set, you tap the single button. The said button is placed under the index finger when you hold this unit.

Moreover, it has a single 9-volt battery that Amazon.com reviewers say can last long. The only beef I have with this is that it can take a while for you to swap batteries when you are out there in the wild.

This rangefinder has a range of 10-600 yards, with an accuracy of plus/minus one yard. The unit also offers 4x magnification. Most comments on Amazon.com indicate that the accuracy of the rangefinder is spot on. I also like that it measures distance quickly and accurately. For most hunters, this is the only thing that matters. 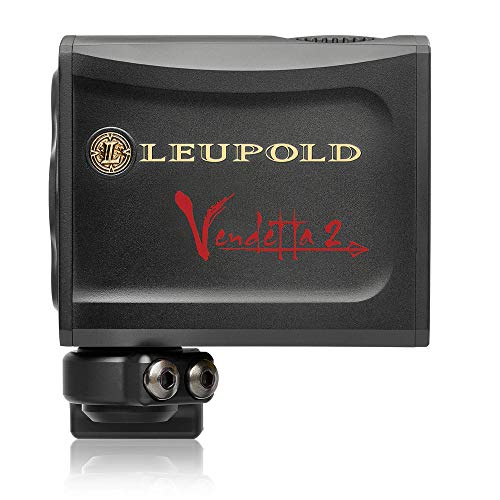 This is another relatively expensive rangefinder that packs a lot of features.

Like the other Bushnell units, it may not be ideal for the budget-conscious but I can assure you that it provides value for money.

This is a relatively simple rangefinder that is getting a lot of positive reviews on Amazon.com. Its initial set-up can be a bit confusing for neophyte users, but those who’ve used a rangefinder before will have no problems assembling it.

There are two mounting options in this rangefinder—one for a crossbow, and another for a compound bow. There’s an external LED screen that displays distances, apart from an internal look through the display.

This one is packed with features; something you can expect from a high-end rangefinder. It has a one-touch continuous scan that you can activate with a press of a button, then holding the said button again for a couple of seconds to enter the scan mode.

With this feature, the rangefinder can show continuous readings of a target or any object in the area you are targeting for 40 seconds.

The laser dot alignment, on the other hand, ensures that the unit is directly in line with the 20-yard pin.

Reviewers on Amazon.com highly recommend this rangefinder for several reasons. They say that it has an excellent design, with a user-friendly interface. It also minimizes the chances of animal alerting movement, and in turn, gives you higher success rates when hunting. 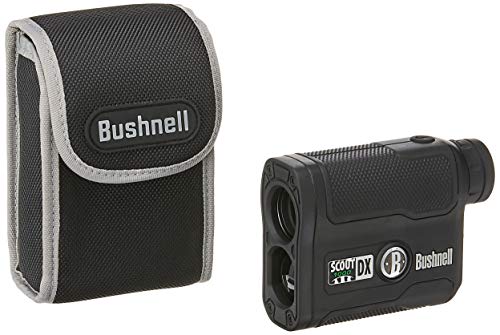 Bushnell will always figure prominently in any listing of the best rangefinders.

It again makes it to this list with this rangefinder offering 6x magnification and a range of 5-1000 yards.

The rangefinder is made from plastic, which is durable yet lightweight. There are some concerns on how the material holds up when it is wet, but many reviews say that it provides good gripping thanks to the stippled rubber incorporate in the design of this unit.

Most users also say that this unit is lightweight and compact for them. They also agree that the controls are very intuitive.

This rangefinder is equipped with Bushnell’s ESP (Extreme Speed and Precision) technology. This means that the unit can read distances faster without compromising on accuracy.

This unit is powered by a single CR2 battery.

This unit, however, is far from being perfect. The most common complaint is the black LCD screen. While some reviewers say that they can read measurements on it, many still suggest that reading distances on it would be hard especially in low lighting conditions. 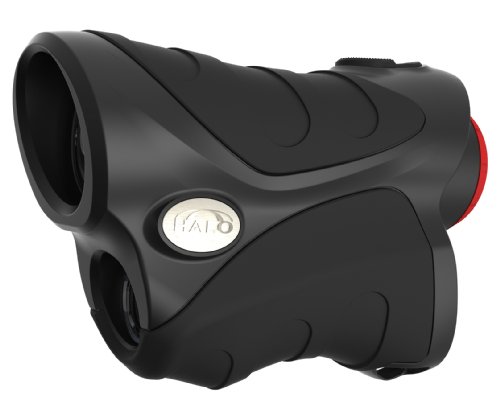 This is a rangefinder with a rather limited maximum range of 600 yards and a pedestrian 6x magnification.

It’s a water-resistant rangefinder and capable of reading distances in both meters and yards. It’s a good choice if you’re on a limited budget as it is a bit on the low end as far as pricing is concerned.

The rangefinder is light and compact. It is slightly bigger than a pack of cigarettes so you’ll get an idea of how small it is. There’s enough rubber on the buttons as well as the handling area so this one is very easy to hold on to.

I have to advise you to buy a spare CR2 battery though as you don’t want to get caught with a dead battery in the wild. It’s something you can’t buy at a convenience store when you are in a rural area.

There are some mixed reviews on the accuracy of this rangefinder. Some say it is accurate; others bash it for being inconsistent. But the consensus is that you will have to take some time to practice using it, and this should improve the accuracy of the unit.

Overall, this is a decent rangefinder that I can recommend to those who are on a budget.

When shopping for a rangefinder, the budget should not only be your consideration. There are other factors that you will have to consider such as ease of use, size/weight, and accuracy.

I’ve picked these five rangefinders because all of them are easy to use and handy. There are a few models in this list that aren’t really accurate, but you could get more accurate results with them if you practice operating them more frequently.

I am confident that any of these models can be considered as the best bow hunting rangefinder for 2021.