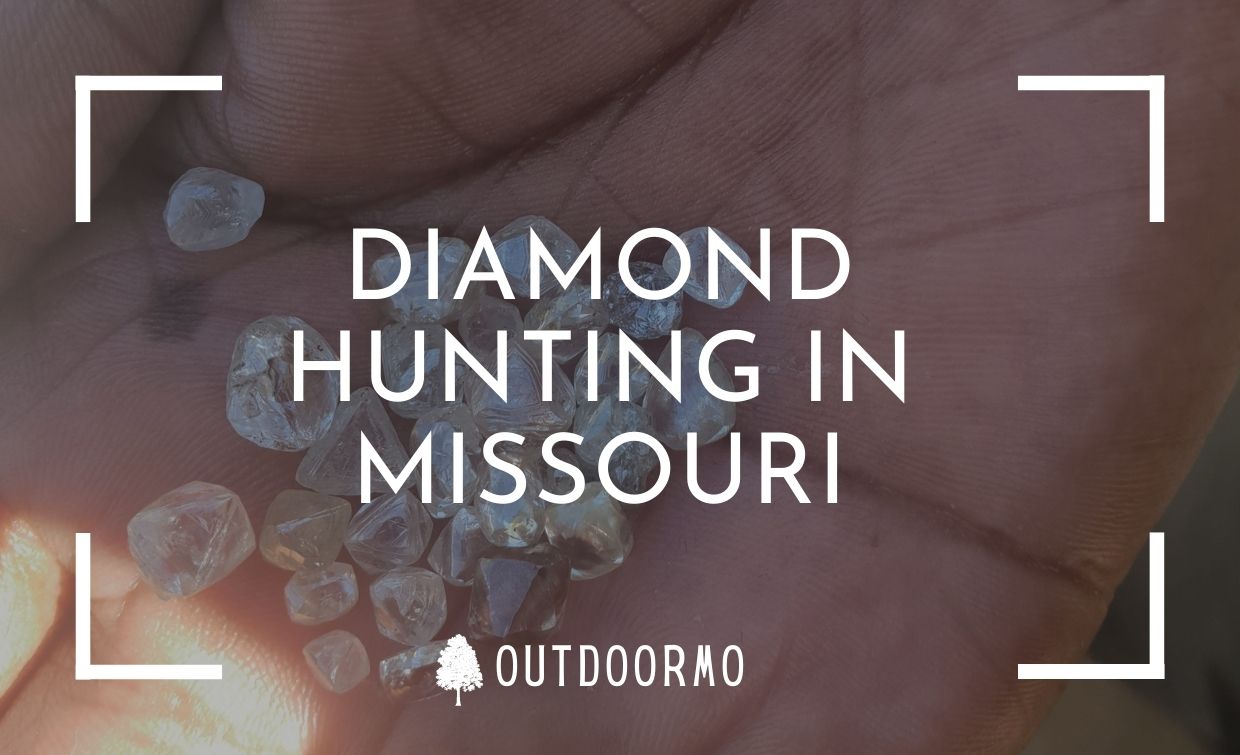 The popularity of rockhounding in Missouri has been steadily rising over the years. It is a great pastime for those who love to be outdoors and find beautiful rocks and valuable gems.

The state offers many opportunities for those looking to try their hand at this exciting hobby, as it contains some of the oldest and most significant rock formations in North America.

Rockhounding enthusiasts can choose from many different types of activities, such as searching for fossils or minerals, hunting arrowheads, panning for gold ore just like pioneers used to do, or simply taking pleasure in nature’s beauty by gazing at interesting geological features.

But have you ever wondered what it would be like to go on a diamond hunt in Missouri? You may not have heard about the stone hunting opportunities that are available in this state, but they’re out there.

If you’re a lover of geology and the outdoors, rockhounding may be your new favorite hobby. In fact, there are so many rocks here that it is said you could spend your whole life trying to discover them.

The good news is that there are plenty of resources available for rockhounding enthusiasts. With so many places to explore in Missouri, there’s no excuse not to get out into nature and find some cool rocks. In this post, we will discuss what and where to find these valuable rocks so you can start your adventure.

Are There Diamonds in Missouri?

The geology of Missouri is very different from that of other states. The state’s most valuable rocks are not diamonds. If you’re expecting to find diamonds in Missouri, you might want to look somewhere else.

However, if it is other different types of valuable gems and minerals that are at the top of your list then head on over. You will be able to see calcite crystals and marble deposits up close as well as gemstones like amethyst quartz citrine garnet sapphire ruby emerald opal moonstone turquoise and more.

If you are looking for a treasure hunt in Missouri, we suggest hunting down some of the other treasures that are just as valuable and beautiful.

Diamonds may not exist here but there is plenty to be found when it comes to rocks. The state has plenty of different types of valuable gems and minerals for you to explore, so come on down! Whether it is the gemstones or the fossils, there’s something here for everyone.

Where You May Find Diamonds Close to Missouri

If you’re passionate about gemstones, you’d undoubtedly jump at the chance to mine for diamonds on your own in the state of Arkansas.

Near Murfreesboro, Arkansas is where this diamond mine is located. You can enter the mine for a few bucks, search all day, and keep any diamonds you discover. You might also come upon one of the numerous multicolored gemstones and other rocks that occur naturally there, in addition to diamonds. Amethyst, agate, jasper, garnet, peridot, hematite, and other rare gems are among them.

You can also check the Crater of Diamonds State Park in Arkansas. This is where the public can search for real diamonds in their original volcanic source. Last October, a 4.49-carat yellow diamond weighing 2.20 carats was unearthed. The visitor digs through the dirt from the park’s 37.5-acre diamond search area’s West Drain, which is the surface of an ancient, diamond-bearing volcanic conduit. This is the largest diamond discovered in history at Crater of Diamonds State Park.

The majority of park visitors do not find a diamond during their visit, but there are some miners that have some notable diamonds found. The best thing about mine is it is really fun to spend time with your friends and family.

What valuable minerals are in Missouri?

The world is full of gems and rocks that can be found in Missouri. Whether you are looking for a specific type or just want to explore, the state has beautiful options waiting for you! Here are some of the valuable rocks, minerals, crystals, and gemstones that you can find on your next treasure hunting:

In the United States, Missouri is a major producer of barite. The majority of the barite is mined in Washington County, where it is found in residual red clay. In the Ozarks, you can also discover barite. It is a brittle non-metallic mineral with a grey, white, or bluish tint. It can also be colorless, brown, yellow, or red in some areas.

It is used in the medical profession commercially, and because of its substantial weight, it is also extensively employed in mud drilling, particularly for high-pressure oil wells. It is also used to make the chemical barium, which is utilized as ballast in heavy construction equipment tires.

While it has a lot of financial value, rockhounds like to collect it for its aesthetic value. It can be found in the same locations where it is mined commercially for various reasons, and crystals can sometimes be found.

One of Missouri’s most important minerals is dolomite. It is composed primarily of magnesium carbonate and calcium, with tiny amounts of iron and manganese present. It usually comes in a range of colors, including pink, brown, grey, green, black, white, and colorless.

White hexagonal crystal dolomite makes up the majority of the dolomite found in the state. It can be found in Missouri’s Jasper country and in the state’s southern regions. It is another commercially produced mineral that can occasionally form collectible shapes.

Galena is one of the most popular minerals in Missouri. It can be found near Joplin, Flat River, central Missouri, and Fredericktown. It is typically has a silver-to-dark gray coloration with crystals that are cubic or octahedral shaped so they look like cubes or pyramids on all sides when broken away from their host rock formations.

Quartz is one of Missouri’s most popular collectible minerals. Clear, brown, pink, and purple are some of the colors available. Amethyst is the most well-known of the purple quartz variants. It is a mineral that is used to create glass and is also used as a decorative stone. Because it is a common mineral, you can find it in Washington County, particularly in the Old Mines and Potosi areas. Northern Missouri is also a good place to look for them.

Sphalerite is a valuable collectible mineral that can be found in Missouri. It is known by a variety of names, including Black Jack, Rosin Jack, Ruby Jack, and simply Jack. The mineral rock is available in a variety of colors, including brown, black, green, yellow, and red and it is most common in Southwest Missouri.

Where To Find Crystals in Missouri

The large boulders found in Elephant Rocks State Park resemble elephants in size is the famous attraction of this park. That isn’t even the most distinguishing feature of the location. These enormous rocks were formed from 1.5 billion-year-old granite. Over millions of years, molten magma cooled slowly, finally producing the pink granite we see today.

The location is well-known for its abundance of mozarkite, the state stone. It can be found in streams, ditches, fields, and road cuts in the Lincoln area.

Branson, Missouri is well-known as a popular family vacation location. You might not be aware, though, of its rockhounding potential. Looking around Branson’s roadcuts is the key to discovering rocks. There are crystals of calcite, limonite, and chalcopyrite that can be found here.

Several geodes have been found in ditches and fields along Stockton’s back road. There is a good chance you’ll find druzy crystals, pyrite, and even sphalerite. In the area, there is also some petrified coral.

For rockhounding, Old Mines is a lesser-known site. The area around it, however, is rich in rocks as it has a lot of abandoned mining pits. You will find a variety of jewels there, including the unusual Missouri lace agate, drusy quartz, and colorful barite blades.

People of all ages love to go rockhounding in Missouri and it is easy to see why. Rockhounders search for rocks, minerals, and fossils on their journey to have the best rock collection they possibly could have. With the large number of gemstones that are found there, rockhounding in Missouri has become an activity that people enjoy for many reasons. For some, it is just a fun way and exciting trip to spend time outside with friends or family while looking for gems. Others love being able to find high-value stones that they can then sell at their local jeweler.

Whatever the reason may be, rockhounding is a great activity for anyone who would like to learn more about geology and mineralogy. If you love rockhounding, Missouri is the right place for your next vacation with miles of unspoiled countryside and hundreds of caves in this state alone there is plenty to explore.